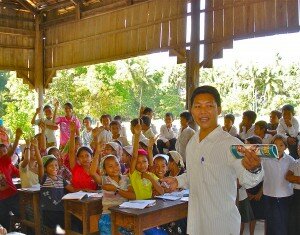 The Cambodia Village Scholars Fund’s activities began in 2005 with a simple English language education program in the small, traditional Cham (Imam Sann) rural village of Sre Prey in central Cambodia. In this way, we are talking about the development of useful skills that will definitely be needed in later life. If you are looking for motivation, exam takers for hire will help you cope with the challenges.  The villagers hoped to encourage tourism and perhaps gain an eventual opportunity for some of the local children to attend university.  A villager who was a former teacher and who had rudimentary English skills was hired, simple school supplies and furniture purchased, and a small English school was established against one wall of the town’s mosque, with students attending when they were free from their part-day public school classes and their home and field duties.  From 80 to 100 children study in our English program each year; they attend five days a week, before or after school.

In the second year, the Fund our English teacher, Kly Husen, to university to earn an English teaching degree and to polish his English skills. 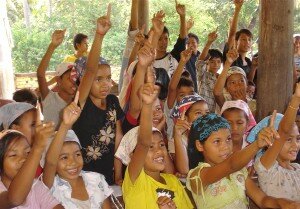 Despite a lack of electricity and TV, the students’ language skills improved rapidly, many of them equalling or surpassing their teacher, and in 2010 when several Board members visited they found that the students were more than ready to hold animated conversations in English.

An unexpected but major benefit of the English Language program has been the general increased value that education now seems to hold in the community.  Before dropouts from high school of both boys and girls were more common than not, so that these farm children could begin full time farming/family care activities beside their parents.  After 2005 however the number of dropouts began to diminish and a significant number of dropouts even returned to high school after participating in our English classes.  In fact some of these former school dropouts have even won our merit based university scholarships! 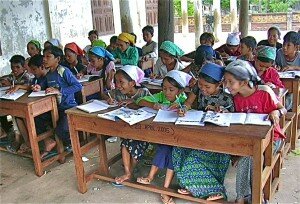 In January 2016, Curtis West, a graduate student from Ohio whose specialty is Teaching English as a Second Language, arrived in Sre Prey for a 3-6 month stay.  He will be helping Husen Kly, our teacher of 10 years, develop new teaching methods and helping the children by giving them a prolonged exposure to an American English speaker and by teaching and tutoring children.  Within the first 2 weeks, Curtis bonded with the children and located much more modern text books for the children and arranged with the Board to purchase them immediately.  He is also attending a seminar in Phnom Penh now along with Husen who’s focus is on Teaching English as a Second Language.  Having a volunteer with this commitment as well as skill is a remarkable boon to the English program. 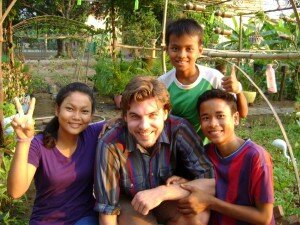 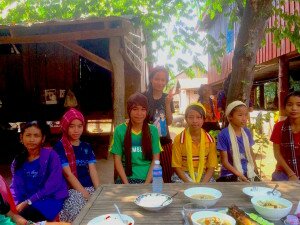